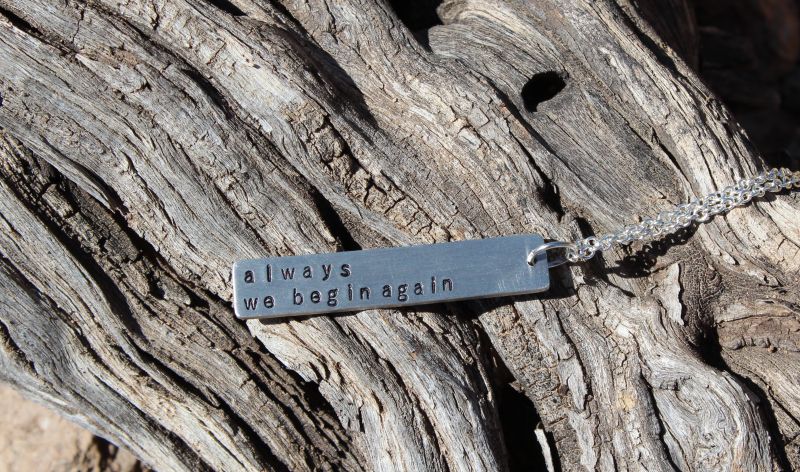 I bought the beautiful hardback book “Every Day Sacred: A Woman’s Journey Home” by Sue Bender in January, 1996 at a Walden Books at the Valley Mall in Harrisonburg, Virginia. The simple rendering of the empty red bowl on the cover drew me in. My life was out of control. I was lost in my faith. Nothing seemed sacred anymore. As I flipped through the pages I saw lots of white space, rudimentary illustrations sketched in black and only a few words. I realize now that my life word, Dayenu, was being planted way back then. In Sue’s introduction she spoke of a begging bowl,

“All I knew about a begging bowl was that each day a monk goes out with an empty bowl in his hands. Whatever is placed in the bowl will be his nourishment for the day.

I didn’t know if I was the monk or the bowl or the things that would fill the bowl, or all three, but I trusted the words and the images completely.

At that moment I felt most like the empty bowl, waiting to be filled.” 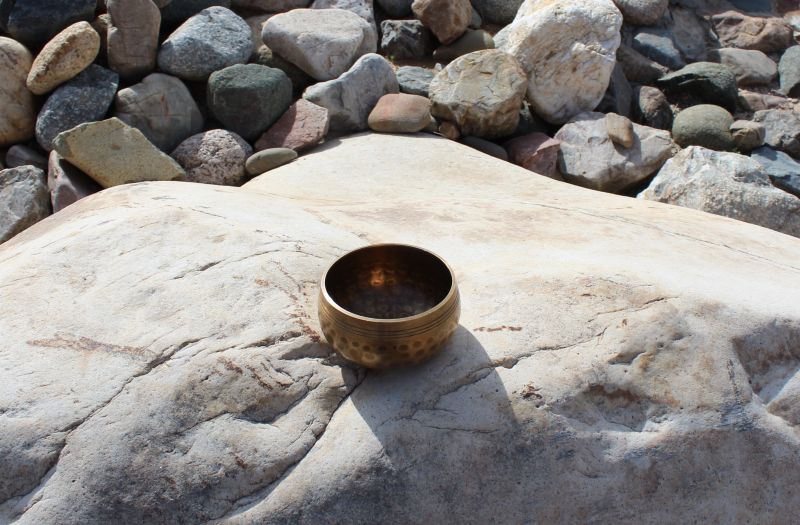 Sue’s book became a treasure I’ve carried with me everywhere. There were more than a few times I could fit everything I owned into my powder blue two door Chevy Cavalier marked with the Grateful Dead dancing bears sticker on the back windshield. Somehow my Bible and this book were never lost in the fray of my vagabond life.

If you visit my home you will see little bowls everywhere. Some are sitting empty. Some hold a rock and a feather, a small cross or piece of sea glass. They are not all displayed at once. I rotate them in my decor. They tell a kind of story. In late November, 2003, the night before my brother Neculai died, I painted a rather large bowl at a pottery studio with my mom. I scratched the date and my initials on the bottom. It’s now a deeply emotional space. I brought it out on my kitchen counter the week of Thanksgiving, a holiday that will always be tempered by sudden loss. Every time I’ve passed it since returning from Danica’s surgery in Baltimore I get a lump in my throat. I knew my word for 2017 was somewhere in the hollow of the simple blue glaze.

Since my own complicated fusion in October I’ve been the monk begging, the empty bowl waiting to be filled and the sacrifice filling the bowl for someone else.

I first heard the poem “The Singing Bowl” by Malcolm Guite at the opening of The High Calling retreat at Laity Lodge in November, 2014. I scribbled down the words in my blank Moleskine. Later that night in the silence of my room I read them over again and again. Each stanza was emptying my heart for every sacred thing I would receive in that hallowed place. There was no internet access in our rooms. I desperately wanted to google Malcolm and find his work. Sitting quietly with the scrawled letters in my own handwriting was gift. Before every session that weekend I opened my green notebook and read them again. Waiting at the San Antonio airport a few days later, finally with Wi-Fi, I found his book of poetry by the same title and ordered it.

Begin the song exactly where you are,
Remain within the world of which you’re made.
Call nothing common in the earth or air,

Accept it all and let it be for good.
Start with the very breath you breathe in now,
This moment’s pulse, this rhythm in your blood

And listen to it, ringing soft and low.
Stay with the music, words will come in time.
Slow down your breathing. Keep it deep and slow.

Become an open singing-bowl, whose chime
Is richness rising out of emptiness,
And timelessness resounding into time.

And when the heart is full of quietness
Begin the song exactly where you are. 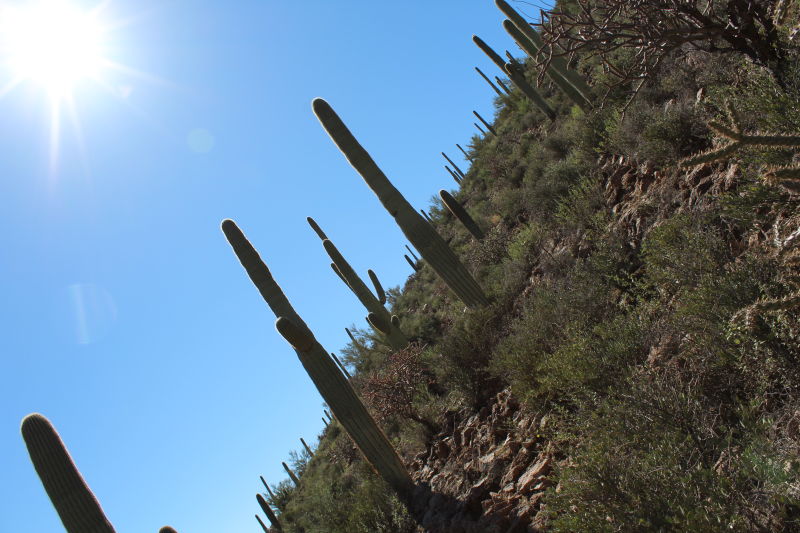 God made a way for me to take a solitary trip to Tucson last week. It was something I’d prayed for and desperately needed. In this world of constant sharing I wanted to keep it quietly tucked inside my hurting heart. It was everything I’d hoped and more. After spiritual famine and astigmatism I could taste and see good again. Tuesday morning I sat at the airport waiting to return home with absolutely no pain. Zero. No headache. No neck pain. No joint pain. No cardiac symptoms. No burning and stabbing needles in my feet. No mast cell attacks sitting near people with all kinds of scents. I was well. I filled my journal pages with gratitude for the body and spirit healing. I wrote about the things I long to do in this new year, specifically a dream I’ve had for some time to host a retreat for young zebra women in Arizona. I want to offer them respite from their medical lives, encouragement in community together and a few days of knowing there is a beautiful place where they could feel some better. I made important contacts and explored locations moving the idea into real planning. I was hopeful and excited. 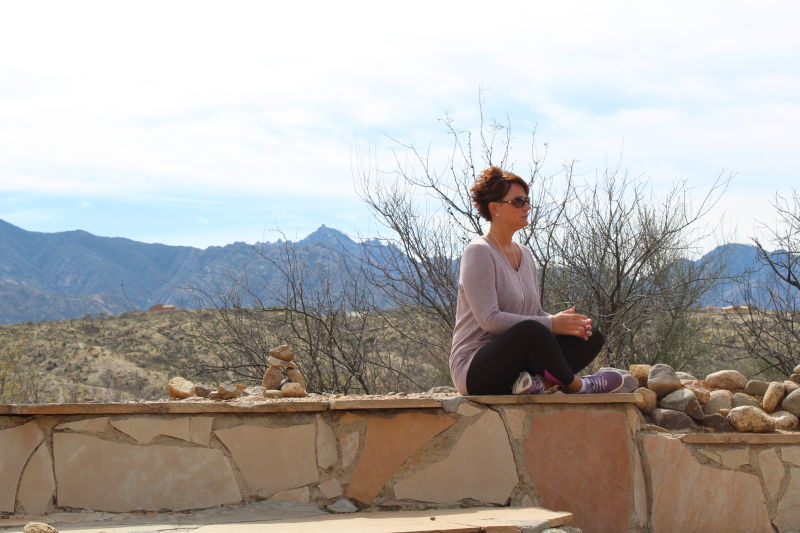 My travel home included flights from Tucson to Chicago and then on to Akron/Canton. A little over two hours into the first flight the captain alerted us there were extreme storms around Chicago and no flights were being allowed to land so we would hang out at a high elevation circling above Nebraska and Iowa and hope things improved. An hour later he let us know we would have a very uncomfortable landing in Milwaukee through turbulent weather. It was during this descent and pressure change I experienced an ice pick pain in the right side of my head, loss of hearing in my right ear and fluid leaking from it. We sat on the plane in Milwaukee waiting for some kind of small window in the Doppler radar to make it into Chicago. Almost all of us on a large packed flight were making connections there. Suddenly we were ascending quickly and descending again through lightning and pouring rain at O’Hare. The airport was in total chaos. Every passenger needed to be booked on new flights for the next day. I stumbled off the jet way and began to cry.

With each new surgery I’ve been increasingly afraid to do things alone. I had to work through this doubt before I committed to the Arizona trip. I’ve felt more and more of myself being swallowed by disability. I’ve found myself resenting my broken body as an enemy instead of caring for it as a temple of the Holy Spirit. I used to be a seasoned solo traveler. In the past I’d have been frustrated by the inconvenience of an unplanned night in Chicago, but I would have jumped on the Marriott app and found a room, hailed a taxi and adjusted my sails. Instead, I felt like a lost and injured child. It wasn’t just the circumstances upsetting me. I was instantly questioning my theology and belief in everything I’d just been grateful for. Thousands of people were being affected by the weather. Of course God was doing things providentially in many hearts and lives through this maddening detour. My myopic view left me sobbing in a wheelchair by the baggage claim holding the howling shunt side of my head in my hands.

The first time I ever spoke of the desire to host a zebra retreat was with my friend Christy who lives just outside Chicago. I knew her from Chiari and EDS support groups on Facebook for several years before she went out of her way on a particularly difficult day of her own tests and appointments in Maryland to visit me during a long and lonely hospitalization for my initial AE/PANS/PANDAS treatment. We are kindred. Since meeting three years ago we have written many #pentopaper cards and notes and letters, emailed, texted and talked on the phone. Both our lives are impossibly knotted. We’ve longed to see one another again face to face, but it’s never happened. Tuesday night I texted her without hesitation, and she jumped at the strange and stressful opportunity to show me hospitality. She arranged for a car to pick me up and came out to the driveway to greet the mess that I was with an umbrella and a smile. It was late. Her husband and girls were in bed. She was reeling from a challenging and emotional week away for invasive diagnostic tests in Georgia. Everything about me showing up in the middle of the night was inconvenient. Sitting across the table in her warm and cozy kitchen with a cup of hot tea sharing hearts for hours…falling into the most comfortable guest bed with silky linens and perfectly plump pillows…waking to her beautiful face shining Jesus the next morning was God giving me a glimpse of His purpose for this detour in my life.

Since returning home Wednesday afternoon I’ve continued to experience intense intracranial pressure. Other symptoms that accompany this pain are also constant. My amazing miracle VP brain shunt is not working properly. Tomorrow my dad will drive me to Charlottesville, Virginia for a Monday scan and appointment with the University of Virginia vascular neurosurgeon who placed my shunt last April. I am undone. I begged God for a year without surgery. It was difficult to leave my family for the time in Arizona. Leaving them tomorrow is crushing. We are so close to Danica’s trip back to Baltimore to see her fusion and meet with her neurosurgeon. I don’t understand.

The rule of St. Benedict, “Always we begin again,” reminds me of fresh starts in Jesus. It invites a trust for my daily bread and the strength and Grace to move through time and space with exactly what is given to me. It encourages me in my Dayenu life of always enough. Chronic illness and daily suffering have a way of emptying over and over. Rising each morning asking God what He wants to do through this brokenness is a part of healing but never being healed. I am a beggar, aware of my need and completely dependent on His love. My life is an offering.

I can’t tell you what new thing He is doing in this pain, but I believe. I have to believe.

“‘Don’t be afraid, I’ve redeemed you. I’ve called your name. You’re mine. When you’re in over your head, I’ll be there with you. When you’re in rough waters, you will not go down. When you’re between a rock and a hard place, it won’t be a dead end. Because I am God, your personal God, your Savior. I paid a huge price for you’…This is what God says,…’Forget about what’s happened; don’t keep going over old history. Be alert, be present. I’m about to do something brand-new. It’s bursting out! Don’t you see it? There it is! I’m making a road through the desert, rivers in the badlands.'”–Isaiah 43:1-3, 18-19, The Message

This is my heart song tonight. Soli Deo Gloria.

2 Comments on Begin. One Word. A Team Monica Update