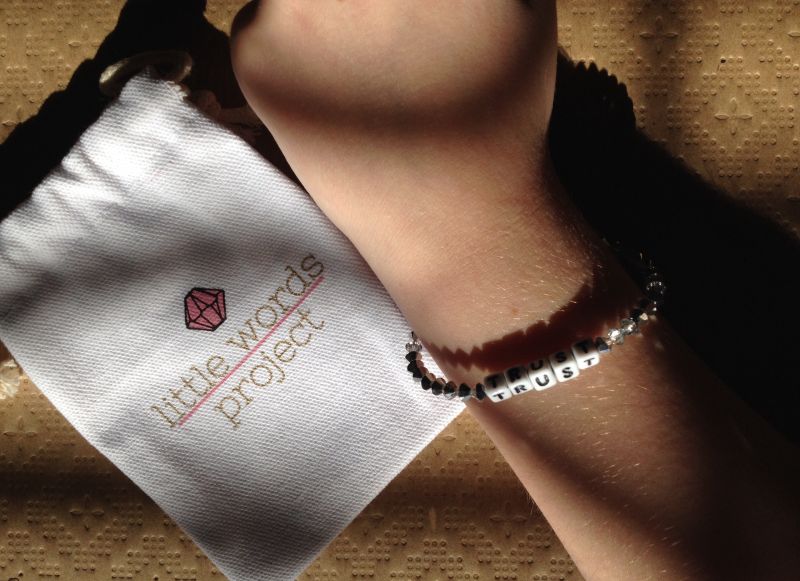 “Then you’ll take delight in the Almighty; and will turn your face toward God. You’ll entreat Him and He’ll listen to you as you fulfill your vows. When you make a decision on something, it will be established for you, and light will brighten your way.”–Job 22:26-28

How many times have we fallen into a hotel bed in Cincinnati, Ohio? I should have been keeping a tally along the way. Our first trip was April, 2010. Danica was two and a half years old. We saw the crazy 3DCT confirming her atlas assimilation and how badly her first Chiari decompression failed her. The five months between the tragic news and her second decompression and difficult fusion were filled with second, third and fourth opinions. The surgeons threw their hat in the ring only to second guess themselves and the risk vs. benefit for our little girl and their own surgical careers. There was so little information about a case like hers. We were praying like crazy but moving forward in fits and starts. Many of you read our story as I pecked it out on our little Team Danica blogger site. You were witness to the wrestling of faith and fear. You saw the strain in our marriage and family. You saw me breaking physically and mentally as I fought for the best chance at the best life for my girl.

I’ve been reading for an online Bible study I’m doing from Suzanne Eller’s book Come With Me: Discovering the Beauty of Where He Leads. I’m seeing myself in the humanity of the disciples as we dig deeper. These men saw crazy impossible miracles and days later questioned the economics of a few loaves and fishes and thousands of people. God gave us a miracle. As time passed I thought God was punctuating Danica’s suffering so we could move on to my own bitter fight. The disciples were always forgetting, weren’t they? I don’t want to forget our first miracle. Suzie writes about her husband’s cancer diagnosis years after her own fight with breast cancer. “We beat the odds, and that was a gift. For a long time I thought that was the big miracle, but later I realized the true miracles came as we dug deep into our faith and came up with enough to make it through the day–or the hour if that was what was required.” Whether it’s been six days or six years you’d think I would forever remember the kind of healing and scandalous provision God made for us, but sometimes I don’t. There were moments leading up to our Cincinnati trip I was too blinded by what was unfolding again to turn back and SEE. My heart is fused forward, like my literal neck. Forward. Do the next thing. Do the next thing you think you cannot do. In the past few weeks I’ve been reaching through our story to remember. It aches in the deepest place. You’ve been asking. You’ve been praying. If I write it. If I say it. It’s more true. So I haven’t.

Danica needs another complicated surgery. Her beautiful hardware is broken along with at least one level of fusion. She also has a piece of shunt tubing left near her brain stem. It’s dangerous and needs removed. I could write a neurosurgical and cervical spine treatise here, but it would confuse most of you. We went to Cincinnati with trepidation. After our scans and appointments in late July her case was escalated to new surgeons. We had no idea what our meeting there would look like. I approached it as an information gathering session. The surgeons were humble and kind. They patiently let me ask every detailed question. Dan and Danica mostly listened but felt comfortable in raising their own less clinical concerns. We walked away with an ambiguous scope of surgery and some warning flags. We returned home dealing with Danica’s escalating anxiety about the hows and whens of surgery. “Mom, I just want to know what’s going to happen and MOVE ON.”

While waiting for an important opinion from a surgeon at Johns Hopkins we prayed for guidance. I begged God to make the crooked path straight and help us know for sure where we needed to be. He answered. Last week I got the second call from the Johns Hopkins surgeon after he reviewed every single bit of Danica’s history, prior op notes and her imaging. All the concerns were addressed before I could even raise them. A light shone bright. There are still many details to work out, but her tentative surgery date is Wednesday, October 12th, in Baltimore. She needs an invasive myelogram to see exactly how to approach the drain tubing in such a precarious place. We will have several days of pre-op there before surgery. She will be hospitalized a week or so after surgery. Depending on how she is healing we may need to stay in the area for awhile after discharge. And she will have to wear a brace. There’s no posturing. This is a hard surgery. The brain part. The hardware removal. The new fusion including taking some of Danica’s own rib to make fusion slurry for her neck. This is harder than the prior one, but it must be done and soon and in a new city and at a new hospital.

I’ve been pushing myself to get the girls settled into their new school year. I’ve been trying to spend heart to heart time with my Laney. I finished my last big round of chemo last Tuesday. I will have a Rituxin treatment every six weeks moving forward. My C4-5 is cachunking every time I move my neck. My appointments planned with Dr. Liu at UVA for shunt post op and my scans and appointment in Chevy Chase with Dr. Henderson are the Friday and Monday before Danica’s planned surgery. I know in my heart I won’t be able to make them, but I refuse to cancel them. I need them. I can’t figure out the logistics, but I hate to be so close and not follow through. I’ve been on the phone for hours every day with hospitals, billing departments and our insurance company. It’s soul sapping work. The Virginia hospital where I had my VP shunt placed in April sent my account to judicial affairs. They are suing us. In all our crushing medical debt this is only the second time a hospital has gone to this measure to get a judgment to pursue a levy of Dan’s wages. I’m trying to understand the amount. My insurance company is helping. If I agree to make any payments then I’m accepting the amount which we think is wrong. I’ve focused on paying Danica’s bills this year to prepare for possible surgery at the hospital in Cincinnati. (The money you’ve donated has made the way for us to take those trips and pay most of those bills. Thank you. Thank you. Can you feel our hearts? Thank you.) I try to keep the stress from Dan while quietly informing him. He is working so hard. We can only do what we can do. He can’t become paralyzed by the weight. I try to carry it. I’ve hit a wall. My left eye is twitching. My jaw hurts from clenching and grinding. I ache all over. I’m out of cortisol. The adrenaline is spent.

I’ve felt the needle in my spinal cord. The cut in my back to take a rib. The slicing of the back of my head and neck for a third time. The spasms from damaged nerves and cut muscles. It hurts like hell. To look in my Danica’s eyes knowing that agony is suffering multiplied.

A week ago Danica and I were driving to Paper Allure, a sweet #pentopaper shop I love, to pick up a birthday gift for a friend when the call from the Hopkin’s surgeon came. I pulled over in a parking lot, put him on speaker and jotted notes. Danica heard the entire thing including new, more scary parts of her surgery. She was quiet the few blocks from where we stopped to our destination. At the store she saw a display of bracelets hung by clothespins with one word on them. They are made of swarovski crystals and were a little pricey. She asked if she could have one. I reminded her that she had a birthday soon and maybe it would be special to get one to wear for her surgery. The young lady helping me overheard us. She went in the back room to wrap my gift, and the owner of the shop told her she could let Danica pick one. Kindness changes everything. Danica’s eyes lit up and out of all the possible words like hope and courage and believe she picked trust. The bracelet is from a beautiful project called Little Words. It has a little gold tag with a number you register online with your own story. You wear the bracelet as long as you need the word. When you meet someone who needs the word more than you it’s time to pass it on. They log on and continue the narrative of the life of the bracelet and the one word. In the car on the way home I asked her why she picked the word she did. With the simple faith of a child she said, “Because I TRUST God.” She’s asked for me to read her old entries on Team Danica. She wants me to tell her about the Gauntlet. She still believes in the gift. Oh, God, I can’t see it, but she can. As I tucked her in bed that night she asked to see ALL my scars. She said “If you can go through that many surgeries and be okay, I’ll be okay.” This weekend we worked on making a folder of photos and short video clips from her journey. I’m wanting to make a multimedia slideshow with a new fight song. I played a few I was considering on YouTube for her. She ran to her room and grabbed the first edition ipad with the shattered screen, the one someone bought her six years ago while she was in her wheelchair, and said, “This is the song we should use.” It was Kari Jobe’s “Steady My Heart.” It’s a song on her own playlist she listens to over and over again. I cried as we listened to the meaningful lyrics.

He’s here.
He’s real.
We can trust Him.
Even when it hurts. Even when it’s hard. Even when it all just falls apart.
We can run to Him.
He is lover of our hearts.
He is healer of our scars.
We find refuge in His arms.

My Danica Jean is taking the lead. She’s grabbed my hand. She’s reminding me to lean hard. She’s showing me how to trust again.