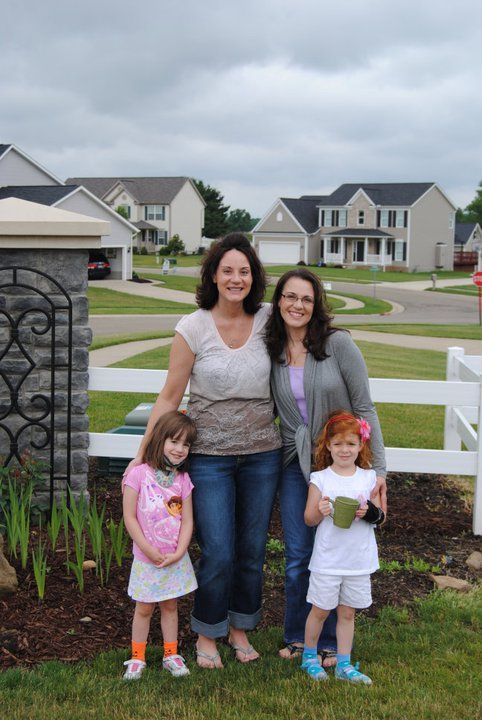 We were little girls. Long dark hair and deep brown eyes. Our hearts were knit like Jonathan and David’s. As years passed we both began to write. In journals. In letters. In the air we breathed. Behind the closed doors of our tiny bedrooms with day beds and dreams we talked about Jesus. His light was too bright to be dampened by an avalanche of doctrine and fear and doubt driving our search for an assurance He might genuinely love us for real and forever. We were serious and often sad because our hope seemed to be built on shifting sands blown by the winds of our ability to measure up and never on what He had done perfectly for us. When our church fell apart our friendship was swallowed by the chasm. We were coming of age. Our worlds had always been the same, day after day, service after service, hymn after hymn, and were suddenly separated in drastic ways. She stayed close to an upside down faith, and I ran as fast and far as I could away from everything God.

We attended the same University. Nestled in the beautiful Blue Ridge our kindred hearts were following polar opposite paths. While she sat and served in Campus Crusade for Christ determined to find the Jesus we always dreamed was hiding in the fearful mess we were told was absolute I was somewhere across the quad with fifteen thousand nameless students between us. I was drinking, using, giving away my body and crying out for someone to help me. She eventually looked for me to ask if I would be in her wedding. She found the husband we prayed for since we were children somewhere in the Christian microcosm of our secular school. I told her I couldn’t. It would be way too close to something sacred. I feared I was a powder keg that could blow the entire thing open. I watched her new Jesus loving friends surround her in long shiny dresses holding sweet smelling flowers while I sat near the back and caught whiffs of a rotting heart with a hint of tequila oozing from me.

Over a decade passed and God brought our hearts and lives together through a cancer diagnosis for her and months of hospitalization for me. It was through words we joined our hearts again and like nothing had changed and everything had changed we were knit soul to soul again. I drove from Maryland to Virginia and met her outside the cancer center for a day of chemo. Two little girls. Deep brown eyes spilling hot tears down our faces. One with dark brown hair and another with a knit hat covering her bald head.

Since 2007 my Angie has been through breast cancer, a second bout of thyroid cancer, colon cancer and now metastatic breast cancer growing and spreading in other parts of her body. Cancer that should have killed her.

Since 2007 I’ve had seventeen surgeries and levels and durations of pain that should have killed me.

I’ve often prayed God would just heal her. Take me and let her live. She wants to live, and I hurt so badly I want to die.

We’ve never compared our suffering. Our walks and often crawls through days are nothing like we dreamed our lives would be. They are as different as they are the same. But we understand what it is like to look at every single thing through the lens of great loss with it reflected back to us as a gratitude almost no one else gets to fully know. We waste nothing. We take nothing for granted. Ever.

My years away from God mired in deep and unspeakable sin have given me such an assurance of saving Grace. I know my living for Christ is just a hint of the dying for gain. More often than not I’m ready to go. I sometimes even ask Him to take me home instead of asking Him what He has left for me to do HERE in the Kingdom of God on earth.

In stark contrast my dear friend is begging for another day, another week and another month. She aches for a full life here before the crown of glory. I see her struggle with the fear maybe her salvation didn’t stick, and there might be a thought or word or deed able to separate her from Christ’s finished work on the cross.

Yesterday Angie got the results of yet another PET scan. Her text straight to the point. The cancer has spread again, deeper and further. There will be more chemo, stronger chemo, more frequent chemo. And then a peek into her soul. “Heavy, heavy heart.” I carry her heart. I sunk to the bottom of the pit with her.

Later she publishes her news and her hope and faith on her blog, Spring of Joy. She writes of the “spacious place” she will dwell in Jesus as they “move forward, looking to Him because there is nowhere else to go.”

I woke this morning exhausted. The time I slept I was dreaming. Nightmares. Cancer had a face. It was the powers of darkness shrouded in white lab coats and IV poles with bags of poison. I got my family off to school and work. I went in the bathroom and threw up. I cancelled my own appointments. I have to sit in this today. I have to wrestle with my God. I never ask “Why?” anymore. I’ve seen too many beautiful things born of suffering. What I’ve finally learned to do is ASK for something. Get on my knees. Stay on my knees and beg for a different outcome. “Your will be done on earth as it is in heaven” comes last not first. Kingdom. Power. Glory. Yes, God, all of this. But first I am going to ASK for you to stop the cancer. Turn the tides a different way. Make it shrink. Give her longer. I’ve seen miracles. I know for sure there is nothing too hard for my Jesus.

Will you ASK with me? Please pray for my Angie. Pray for her husband Brian and their children, Asher, Micah and Audrey. And if you wake at midnight remember this is when cancer is the loneliest and ASK again.

Midnight Cancer
is a bottomless pit
where voices echo
around and around
endlessly
repeating the same
prayer:
oh
God
why
me?
Sooner or later, midnight
cancer changes to
morning
cancer,
brighter,
more hopeful.
Somewhere in the sun
rises warm and round.
Birds are singing.
After a while,
morning cancer melts
into afternoon cancer
where it hides among chores:
cut the grass
clean the downspouts
drain the noodles.
Later, the house falls silent
and even the dog is asleep.
There might or might not be rain.
Without a sound
you are falling,
arms wide and circling.
It’s midnight
You have cancer.

10 Comments on Midnight Cancer. Please Ask With Me